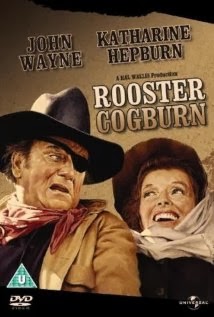 In the 1980’s I made a trip, along with other family members, to Fort Smith Arkansas.  We were in pursuit of stories about our Clarkson and Fry ancestors, who had lived in Fort Smith during the latter 19th and early 20th centuries.  One of our exciting finds was the name of my 2xgreat-grandfather, Reuben Macon Fry, on the list of Deputies that “Rode With Isaac Parker”, the noted “hanging judge” of the US District Court of Western Arkansas.  It was an intriguing find, but it has taken me almost twenty-five years to set about learning more about this interesting grandfather.

To give a brief biographical account – Reuben Macon Fry was born in 1847 in Orange Court House Virginia.  As a student of the Cadet Corp of Virginia Military Institute he may have participated in some minor skirmishing during the Civil War.  After the war years, as he moved into young adulthood, he removed with his older brother to Lake Village in Chicot county Arkansas.  There he served as county clerk, operated a retail business, and married Eliza Brooks Hutchins, a “refugee” from Natchez Mississippi.  Business losses probably induced him to move on, and in 1880 he settled his family in Fort Smith Arkansas. 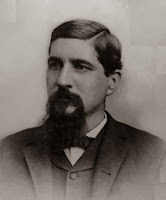 . . He followed mercantile pursuits for several years and then became connected with the revenue service.  He afterward served as deputy circuit clerk during the incumbency of AA McDonald [circuit court clerk] and was also chief deputy sheriff during the six years' administration of Sheriff William Bugg.  After Captain Bugg retired he was elected justice of the peace, which position he held until he died.

Reuben M Fry was commissioned as a Deputy Marshal of the Western District Court at Fort Smith in February 1884, and again in November 1887.  These were the years that he served as a Revenue Officer, and one of his occupations was to incapacitate “moonshiners”.  In the summer of 1888 he participated in an operation in Montgomery county Arkansas, during which one of his fellow officer, John Trammell, was killed.  I have come across several accounts of this 1888 event in newspapers and biographies.

Hot Springs, Ark., June 28: News of a desperate fight between revenue officers and moonshiners; which took place near Black Springs, Montgomery County, yesterday, has just reached this city. Internal Revenue Collector R. M. FRY, in charge of a posse, was in that vicinity raiding moonshiner's camps and destroying illicit distilleries. They had succeeded in ferreting out and destroying three. Shortly after they had destroyed the last one they were attacked from ambush by a band of moonshiners armed with Winchester rifles when a desperate battle ensued,. . .

Reuben Fry was accompanied by Deputy Marshals, John D Trammell and Otis K Wheeler.  Trammell was killed in the ambush.  An inquest was held which revealed that two of Trammell’s killers were relatives, a brother and cousin, of Bill Cogburn who was being held in custody.  The primary characters in the bootlegging scheme were Carter Markham, Matthew Pervine, Joseph Pepper, J.D. Hollifield and several members of the Cogburn family.  Community fear held back any witnesses, and the murderers were never convicted.

A detailed account of this incident can be found online in Brett Cogburn’s recently published book, Rooster:
The Life and Times of the Real Rooster Cogburn, the Man Who Inspired True Grit, 2012; beginning on page 52.


To learn more about the Deputy Marshals of Isaac Parker’s court:
Law West of Fort Smith; Glenn Shirley, 1957.
Larry McMurtry's 1997 novel Zeke and Ned tells the story of Zeke Proctor, one of Parker's deputy marshals.
Loren D. Estleman's 2009 novel The Branch and The Scaffold relates to Parker's tenure at Fort Smith.
Charles Portis features Judge Parker in his novel, True Grit, which has twice been adapted as films of the same name.
Movie – Rooster Cogburn, 1975, based on Charles Portis novel; starring John Wayne and Katherine Hepburn.

Into the FRY Pan!

This Family Stories Blog was established to share with family, friends and fellow genealogists some of the stories I have gathered during nearly thirty years of family history research.  It links with my companion website, Family Stories, pamgarrett.com, that houses my genealogy database and an extensive collection of documents, notes, biographies, and photos.  I’m delighted to announce that my database website is growing again!

Recently I have added about three hundred new family members to my online database, along with significant details about many of their lives.  This is my FRY family, descendants of my 6xgreat-grandfather, Joshua Fry of Albemarle county Virginia.  Joshua Fry is a most interesting grandfather – immigrant from England, teacher at William and Mary College, friend to George Washington and Peter Jefferson, significant player in the history of Virginia.  And, many of his descendants have led interesting and note-worthy lives.

Joshua Fry, and some of his descendants, have been the subject of many biographies and histories.  Philip Slaughter’s, “Memoir of Col. Joshua Fry . .”, 1880, has made its way around the genealogy circuit for years.  I have not been interested in “duplicating” well established genealogies.  But, it is the nature of a genealogy database to link individuals and families together, and most of the well-known relationships of the Fry family are repeated in my database.  I have tried to include some new bits and pieces of information that might add to the Fry family story.  I have particularly emphasized my own “branches” of the Fry family – a visual of my branch, Moving Back In Time, is given at the close of this post.

I am gathering materials for a few upcoming blog posts on my Fry Family.  Some proposed titles include:
Riding with Isaac Parker
Joshua Fry in the Classroom, a Williamsburg Story!
The Hospitality of “Bathing”

I’m excited to introduce these ancestors, and to share a few of their stories.  I hope you will join me for the fun!


Posted by Pam Garrett No comments:

In May of 1946, Anna Stransky, daughter of Joseph Stransky and Anna Fridrich, wrote a letter to her cousin Bill Svejkovsky of Oklahoma.  Bill Svejkovsky was collecting information for a family history, and Anna Stransky gave a helpful account of her grandmother’s Fridrich family.  As far as I know, Anna Stransky never married.  In 1946, when the letter was written, she was living with her sister Mary in Casper Wyoming.  From my mother-in-law, I received a copy of a ‘hand-written copy’ of this letter.  I do not know the whereabouts of the original letter.  This hand-written copy was all run together, without paragraphs. There probably were introductory and closing remarks in the original letter that were not included in the hand-written copy.  I have retyped from the copy, and present that portion of the letter here.  I have added a few bracket comments to aid identification: 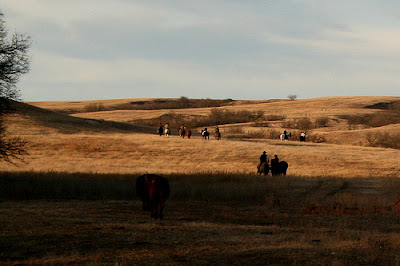 Letter -  Anna Stransky of Casper, Wyoming to Bill Svejkovsky,  May 1946:

. . . I think we have more information than you about Grandma Fridrich's [Frances Felepena Fridrich] family, but of course we would as Aunt Mary [Mary Fridrich Smith] and our Mother [Anna Fridrich Stransky] still remember the past very well.  Then there are some papers of Grandma's  that Aunt Mary saved when Grandma passed away.  There wasn't much, but I remember the divorce paper and we persuaded Aunt Mary to keep it as there were dates in it and mention of the children.  It proved helpful to Aunt Mary in establishing her birth and residence in this country when she applied for her old age pension...Grandma went by the name of Fridrich and so did her children after this first divorce, but it was not their name by birth.  Their father's name was Joseph Wasatko and that was your Mother's [Bozanna “Bessie” Fridrich Svejkovsky] rightful maiden name.  Grandma divorced him when the children were still young, and he married again, some widow [Frances Beska] in Nebraska.  She had children of her own, and they had one son together, his name is Anton Wastko [Anton Wasatko].  So he is a half-brother of your Mother's also.  We looked him up one time and he was in a bank in Lynch, Nebraska.  He had a nice family and seemed to be quite a progressive fellow.  They came over to Yankton to see us one summer about 10 years ago, but we haven't heard of them recently.  He said both his Father and Mother died years ago, and Mom says she remembers it as our Uncle Joe Fridrich from Tyndall went to the Funeral I believe.  Grandma married Mr Peseck [August Pesek] some years later and they had the one son who is Uncle August [August Bert Fridrich].  However, he never went by his right name either which should have been Pesek, but was always known as August Fredrick [also, August Frederick]. He didn't spell his name like Grandma did either.  You will notice her name has the German spelling, and her Father was a German.  She divorced Mr Peseck also, but I don't know when.  Then after her first husband's wife died in Nebraska many years later, and when she was quite elderly, she married Mr Wastko (our grandfather) again.  It didn't last but a very short time though and she left him and went back to Tyndall to live.  He didn't have any money and neither did she, so Aunt Mary says, and his son didn't approve of the marriage, so it didn't work out.  I often think that Grandma was sure ahead of her time, about fifty years at least.  We don't have any information ourselves, only what Mom and Aunt Mary know and remember.  For that reason we were of the opinion that some facts might be written in this old bible that your folks were supposed to have, that Grandma always said was given to her by her Father when she left the Old Country.  ..We don't know anything about Uncle August, other than that the last time we heard of them they were traveling with a Circus side-show.  Their son [Carlisle Frederick] was a musician and a nice boy, and we had heard that he was killed in the war in Germany.  We don't know this to be true though.  They had a girl [Maxine Frederick], who must be in her twenties now.  I saw her perform in the circus once, and she was very attractive.  Mom and Aunt Mary never could understand Uncle August going into that sort of life. He had a mail route in Geddes, S Dak for years.  But I rather think his wife was the promoter . . .

For more details about the people mentioned in Anna Stransky’s Letter, visit their pages at Family Stories, pamgarrett.com. Also see my blog post, dated 7 August 2013, and titled - The Fridrich Family: Moravia to America.